Posts from the Crate digging Category 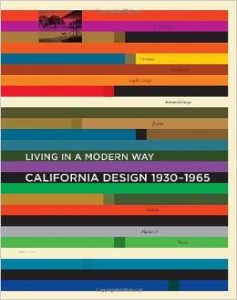 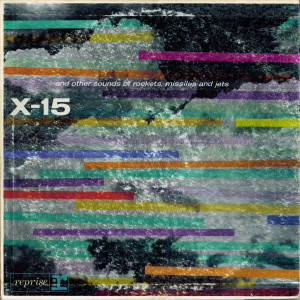 Rod McKuen, Symphony No. 1 “All Men Love Something”

This is what comes of having your own record label.

Best known as a poet and songwriter in the 1960s, McKuen was a trailblazer in the unaccountable fame hall of fame, paving the way for folks like Garth Brooks and Kenny G. While he never wrote another symphony, McKuen did write other “classical” works, including a concerto for four (count ’em) harpsichords and orchestra (something no Bach—JS or PDQ—ever attempted).

McKuen is just as easy a target now as he was when my fellow English majors and I did dramatic readings from Listen to the Warm back in college. Not that it wasn’t deserved: that subtitle, “All Men Love Something,” gives you some idea of the color and precision that marked Rod’s verse. So while his poetry may never be in the Norton Anthology, perhaps his career should be studied at the Harvard Business School. This is, after all, a poet who parlayed his meager gifts into a monster publishing and recording career. I mean, here’s a poet who had his own record label.

Fair play compels me to note that there are far less noble occupations than midwifing Jacques Brel songs into English, and the McKuen-penned A Man Alone is, against all odds, one of the more creditable of Frank Sinatra’s late 1960s platters. Certainly Don Costa’s harmonically sophisticated arrangements aid the songs on that concept album immeasurably. McKuen’s were neither the first nor worst lyrics from which Sinatra would wring Mahlerian depth.* But the Voice found something in those songs worth investing in, and that ain’t nothing.

* If you doubt Sinatra’s knack for turning the most dubious of concepts into art songs, check out the McKuen-Brel existential waltz (yes, really) “I’m Not Afraid.”

After Elvis and rock ’n’ roll, My Fair Lady was one of the great cultural quasars of this late 1950s. It was the most successful and longest running musical in the history of Broadway at the time. Its original cast album reached number 1 four separate times between 1956 and 1959, and in 1957 alone it sold 5 million copies, more than any previous LP. This chart success might seem almost preordained considering that Columbia Records backed the original production of the show in exchange for the rights to the cast album, but the show’s impact spread beyond just one album (or two if you count the London cast album in stereo). Not only did virtually every pop singer cover at least one song from My Fair Lady in the late 1950s and early 1960s, but dozens of artists cut entire albums of the show’s songs: Nat King Cole, Andy Williams, Shelly Manne with Andre Previn, Rosemary Clooney, Oscar Peterson. The show and its songs were everywhere.*

Tito Puente was a little late to this particular party, not releasing his version until 1964. He had been his own pop culture phenomenon during the peak MFL years, riding a wave of mambomania and cutting landmark albums for the RCA and Tico labels simultaneously. His final album for RCA appeared in 1963, leaving him exclusively with Tico—or almost. Tico had been founded by the great, if unlucky, George Goldner. Like most of the other labels he founded (Gone, Gee, Roulette) Tico ended up in the hands of Morris “Hesch” Levy as a settlement of Goldner’s gambling debts. However it may have happened—one imagines a poker hand just short of an inside straight was involved— Puente’s MFL album ended up on Roulette, which meant that Puente likely never saw a dime on the project. Perhaps that’s why it feels like a work for hire, a homework assignment. Puente and Co. go through the motions of Latinizing the score less than enthusiastically in typically crappy, compressed Roulette sound. It works better than it should given the durability of the songs, but what to do with that ultimate ode to English stuffiness, “Ascot Gavotte,” an antimambo if ever there was one? It was at this point in the project that you sense Puente said the hell with it, abandoning Frederick Loewe’s tune after a few bars for a full-on “Guantanamera”-style danzon-guajira rave up and in the process turning a silk purse into carnitas.

* Someone ought to do a study, if one has not already been done, on My Fair Lady as a precursor to the Beatles. Aside from expanding the capacity of record pressing plants and blazing a path for media saturation, My Fair Lady moved to the center of American culture Anglophilia of a new kind: witty, cheeky, skewering class pretensions. In this light, weren’t the Fab Four inheritors of George Bernard Shaw’s brand of wit? And weren’t the boys Pygmalion figures themselves, schooled and polished by their very own Professor Higgins in Brian Epstein?

The Beach Boys, “Don’t Back Down”

If you were lucky, you could raid your older brother or sister’s record collection while they were off to camp, college, or adulthood. No-risk exploration. The good stuff might be quietly merged into your own meager library. I skipped over Three Dog Night and Jackson Brown to find the Beatles’ red and blue albums in the milk crate in my brother’s room—an essential education. I made out much better than my cousin did when we raided the box of his brother’s albums in their basement: Aftermath and Between the Buttons.

Sometimes you ended up with stuff that only made sense later. My sister abandoned her copy of All Summer Long (the title cut was recorded 50 years ago today) in the wire racks containing my parent’s sparse, eccentric collection of LPs: Allan Sherman, ten-inch classical records, Christmas in Sweden, an unplayed album of African music gifted or inspired by a visiting missionary. Before I even liked the Beach Boys, I understood this was a true artifact that should not be lost. The annotations of a high school sophomore from the summer of 1964 capture the excitement of a listening to a new album for the first time, learning it, making it your own. They also offered me a glimpse into the mysterious world of my Big Sister—even if that glimpse came when I was myself 14 and she was by then mysterious in different ways (adulthood is the ultimate mystery to a 14-year-old). Her notes have also kept the music fresh for me: I never hear “Hushabye” without thinking of it as a “cha-cha.”

The whole album is, of course, a classic—the first if not the ultimate “summer album.” The further away we travel from the world that inspired it, the more precious its catalog of details about clothes, motorbikes, and manners is; what once seemed mundane, crass, consumerist is now positively Proustian.

Once I “got” the Beach Boys, the song that left the deepest impression was the last: “Don’t Back Down.” Here was an acknowledgment of fear and doubt that was typical of Brian Wilson, yet (less typically) he also asserts the need to summon the grit to stare them down: “When a twenty-footer sneaks up like a ton of lead / And the crest comes along and slaps ’em upside the head / They’re not afraid.” Here are lines that are about something more than surfing.